I really like this Korean show called "Love in Asia". It is about foreigners who marry Koreans and their stories. There are more than 1 million foreigners in Korea, according to the "Love in Asia" website. One memorable episode was about a woman from Moldova (people in Korea all think she is from the Maldives) who married a Korean man and how she and her children live in Korea. Her older son found it difficult because his Korean classmates discriminated against him because he looks different. Things changed after the mother gave a talk about her country in his class one day.

Anyway, on 25 May, KBS World broadcast an episode on a Cambodian woman, Theary (they spelt it "Tieri" on the show) who is married to a Korean man. They have one son. The film crew followed her home to Cambodia - her first trip home after more than 2 years living in South Korea.

(It's nice to see a successful marriage between a Cambodian and a Korean. The Cambodian government had twice banned marriages between Khmer women to South Korean men because of trafficking problems.)

I took the following images off the TV. 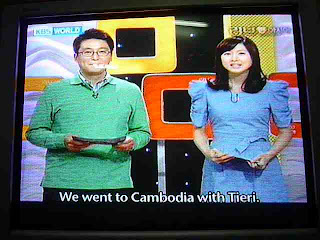 The Korean hosts of "Love in Asia" 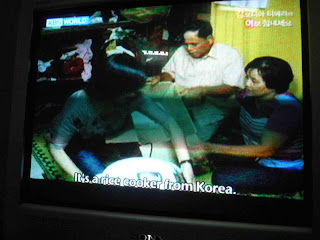 Theary gave her parents an electric rice cooker. She had to teach them to use it and they were amazed after half and hour, fluffy white rice appeared. Her family's house in Phnom Penh is really basic. No wonder Theary was heartbroken to see her family living in a shack, compared with her home in Korea with amenities. 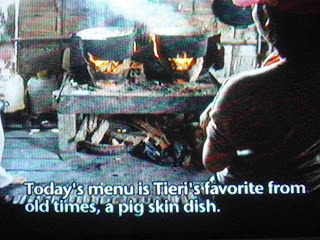 The family's hometown is an hour from Phnom Penh and she went there for a visit. Her father is a cook and he made a meal specially for her - including her favourite...a pig skin dish 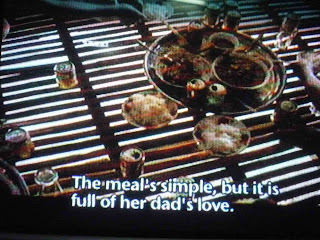 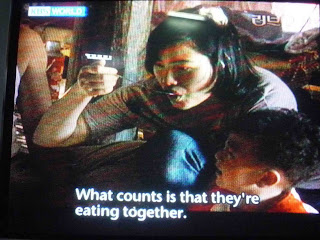 You can see the slats on the floor board. The floor is made of bamboo and is raised above the ground. This is common of Cambodian houses in the countryside, where the wooden houses are on stilts in case of flooding. Also, the underneath of the house provides shade and shelter for the animals. 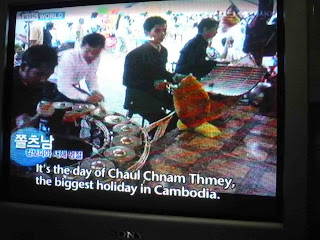 The family went home for Khmer New Year, or "choul chnam thmey". I like the way KBS tells the story, so I leave them to do it... 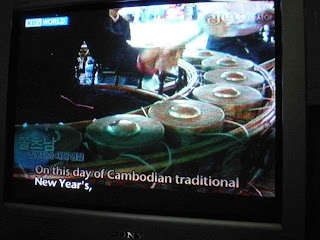 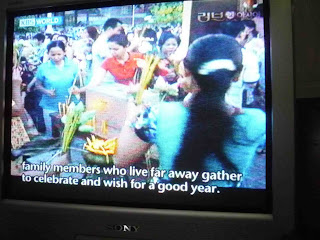 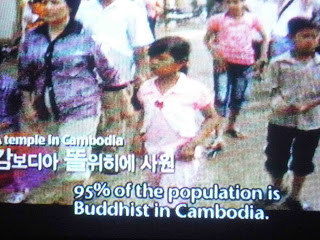 versus 22.8% in South Korea (more - 29.2% - are Christian, in case you are wondering why there are so many Korean missionaries in Cambodia) 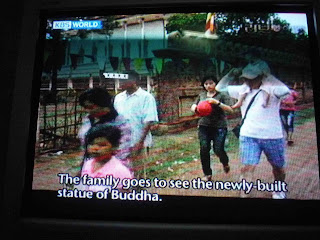 It is a giant buddha - I have no idea where it is in Phnom Penh. 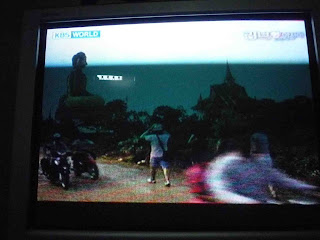 Along the way we see people who seem to have white powder on their faces, which is soon explained... 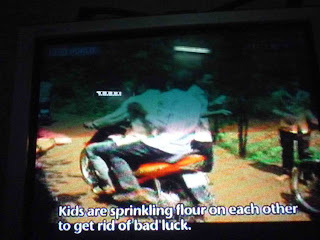 At night, the family goes to the riverside in Phnom Penh to pray. She wishes her father... 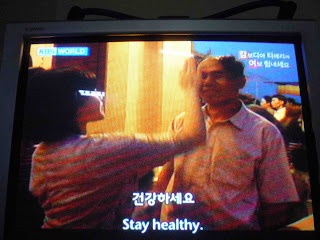 And he wishes her and ties red string on her wrist for good luck. 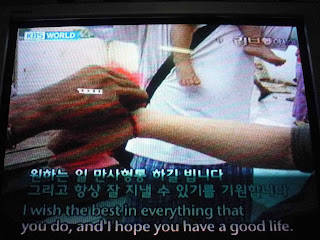 At night, the family goes to a dance party. 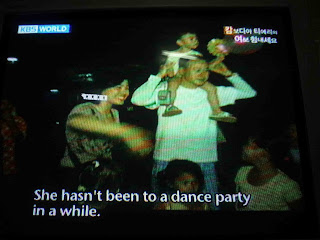 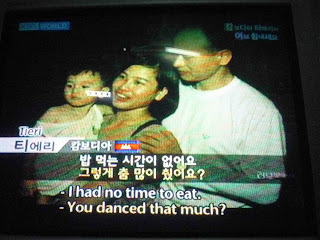 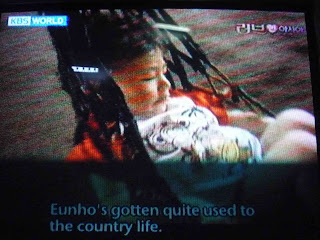 But soon it is time to part. This was sad, watching Theary say bye and not knowing when she will be back... 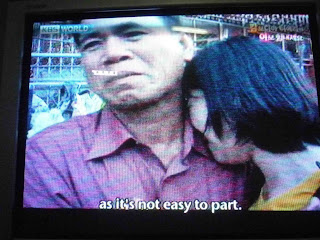 At the end of the show they asked Theary's about her dreams... 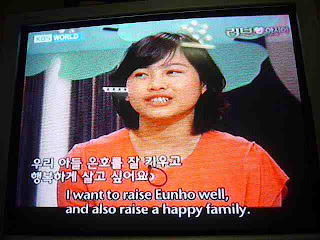 Wow- thanks for sharing that Diana! It was really interesting to see. BTW-I think that giant Buddha is at Oudong.

glad you liked it alison! i was furiously snapping away at the telly, cos i thought it would be nice to share this with khmer friends who missed the show. it is not easy marrying to a foreign country and leaving your family behind. thanks re the giant buddha. i've not been to oudong. will try to one day. hope you are well!

Awh, this is such a sweet story!

I really love this show-it makes me more seriously appreciative of the small advantages we have here in America and many times take forgranted.It proves that Love is Truly Powerful.God Bless Love in Asia.