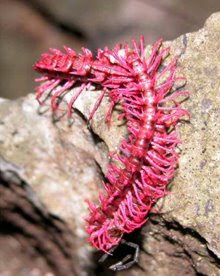 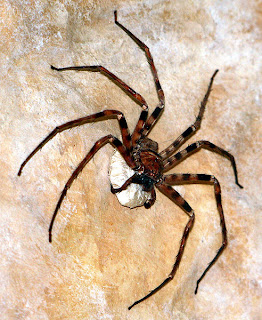 Photo credit of the Huntsman Spider: Petra and Wilfred via Wikimedia Commons. 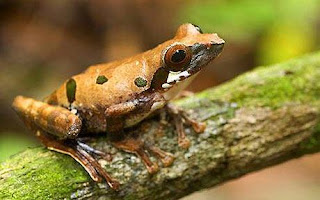 The last three photos are the Blue Spotted Tree Frog, the Green Pit Viper, and the Laotian rock rat (thought extinct for 11 million years). These three photos by EPA via The Telegraph. 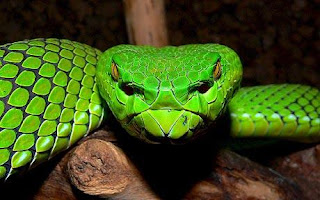 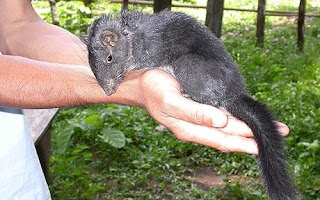 These are some of the stranger animals found in the wetlands and rainforests in Greater Mekong area, in Cambodia, Laos, Burma, Thailand, Vietnam and China. According to World Wildlife Fund in the last ten years, two new species a week have been identified in the Greater Mekong. Among the more spectacular is this shocking pink Dragon Millipede. Its colour warns potential predators to Stay away! Cynide Inside! The photo is from Discover magazine.

Another one found is this huntsman spider, named Heteropoda maxima, which was found in caves in Laos. It measured 30cm across and was described to be as large as a dinner plate by The Telegraph, which reports:

Stuart Chapman, the director of WWF's Greater Mekong programme, said: "We thought discoveries of this scale were confined to the history books. This reaffirms the Greater Mekong's place on the world map of conservation priorities."

Among the 15 mammals discovered in the region was the Laotian rock rat, Laonastes aenigmamus. It was thought to have been extinct for 11 million years but a researcher spotted the corpse of one on sale in a food market in Laos in 2005.