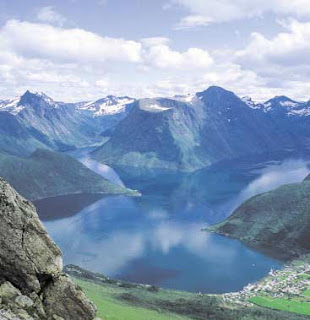 Just read this on reddit and thought I'd post it in case Cambodian readers are interested. Rath, who worked in Malaysia as a domestic helper earned only US$120 a month so Norway seems like a better bet. Anyway this is what the poster said:

"While our immigration is rather strict at the moment, there is one easy way in. It is temporary (2 years), but look at it as a test-run. If Norway is your thing, you can learn the language in that time and then try another option later. My au pair from the philippines is leaving in february, if you are under 30 years old and don't mind doing my dishes and laundry for NOK 4000/month (650 USD, including meals and stay) we have a deal. I even pay for the language tuition."

The aim of the au pair (nanny) arrangement is to facilitate cultural exchange which is why the age limit of 30.

To find out more on working as an au pair in Norway, go to the official website.

This bit was interesting:

"Philippine authorities don’t acknowledge the au pair arrangement, and don’t want their citizen to be granted work permit to go to Norway as au pairs. Norwegian immigration authorities has to comply with Norwegian law, and cannot reject or refuse to process cases for work permits as au pairs based on the laws in other countries. This means that Philippine nationals may be denied permit to leave their home country even if they have been granted a work permit as au pair in Norway. Norwegian authorities are unable to assist in such case."

Can anyone explain why the Philippines don't want their people to work in Norway as au pairs? Could it be they don't return home after that?
Posted by Diana Saw at 7:35 pm