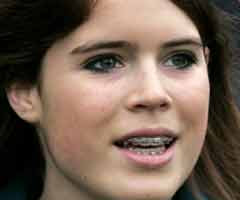 I was watching Singapore's Channel News Asia when I saw a ticker across the screen: "British princess rescued after attack in Cambodia". So I googled and found this:

LONDON : Thieves tried to rob Queen Elizabeth II's 19-year-old granddaughter, Princess Eugenie, and her friends while they were travelling in Cambodia, a British newspaper reported on Monday.

Royal protection officers had to intervene to protect the princess, the youngest daughter of Prince Andrew, Duke of York, when a thief tried to steal her friend's purse as they walked through Phnom Penh one night, the Sun said.

The two officers tackled the thief but were pelted with stones by another man, forcing them to let him go and focus on getting the princess to safety. They also managed to retrieve the purse.

The Sun said it was the first time in ten years that protection officers have stopped a direct threat to a member of the royal family.

The group probably look quite posh. I wonder how far away the bodyguards were for the Khmers not to have seen them.

Last year, a French friend of mine, a woman, and her Norwegian date, were held up by four men with guns around the French restaurant Comme a la Maison, in the upmarket BKK 1 district of Phnom Penh.

The security problems were among the reasons why we moved to Siem Reap after a year and a half living in Phnom Penh. Our house had 3 attempted, and 1 successful, break-in, despite having razor wires. Siem Reap, in contrast, is very safe. I sometimes walk home after mid-night, something I did not dare do in Phnom Penh.
Posted by Diana Saw at 7:28 pm