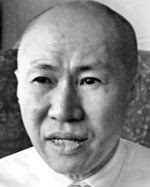 Photo of Dr Yuwa Hedrick-Wong, Economic Advisor, Asia-Pacific, MasterCard Worldwide and his comments are from The Hindu

This is what Dr Yuwa said at a briefing in Singapore:

"I don't have any market specific data. But the kind of research I've seen… it is sad to say from my point of view… that women manage their credit and debt much better than men. Why is that sad to say? Because I am a man!

From an economic point of view we have no insight, but my personal guess is that probably men's time horizon is much shorter whereas women tend to take a long time horizon and, therefore, behave more responsibly.

When you have a shorter time horizon, you are less cautious. But one who has a long-term horizon is constantly thinking of things such as family, children and ageing parents. Women tend to do that most of the time. Whereas a man can just walk away… and start all over again."

I have also read this UN FAO article which says "Women in rural areas tend to manage smaller plots than men and generally work in more precarious situations with only seasonal contracts."

Perhaps this is why many people I have met involved in poverty alleviation have told me the importance of helping women. Research from the World Bank has found:

In Sub-Saharan Africa, a large proportion of women are farmers. If women could participate in agriculture on an equal basis with men, total agricultural output could increase by up to 20 percent."

The story is the same in Cambodia, where there is great gender inequality - females are underrepresented at all formal education levels and while they are a minority in the new wage labour market, they are the majority of market traders.

It is interesting working with the women in Bloom. This is what happened to two of the women. One is a single mother whose husband left her with two daughters. Another, a single woman whose wife-beating husband left her for another woman, a friend of hers. After working 2 years at Bloom and having a stable income and life, the two women got hitched.

The first to a new man and the second, to her former husband, who came crawling back - don't ask me why she accepted him. She tells me she does not want him back, but her granny told her she should have a man to look after her. The women say the men now respect them because they are able to earn money and look after the family - some months they earn more than their husbands, the first a construction worker, and the second, a bum turned motodop (motocycle driver).
Posted by Diana Saw at 2:46 pm

we learnt(from microfinance orgs) when we were in Samoa that they prefer to lend to women because they use the loan productively, whatever they do benefits more than just themselves (family and wider community) and because they pay it back- the men, we were told, just drink it.
Have you read this
http://www.microcreditsummit.org/papers/empowerment.pdf
paper on the importance of adressing gender inequality in developing countries? It makes quite interesting reading. I have always thought of empowerment as the ability and the opportunity to make choices. surely the goal should be living life instead of just existing.

Awesome.. this is EXACTLY what we should learn in business school...

Hey Dino! You probably can't remember me, Ange's little friend but just wanted to say I think you are so damn awesome.