Chinese philanthropist gives away his wealth 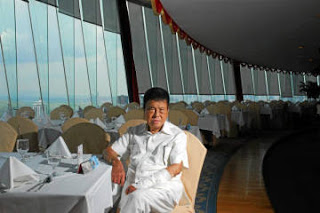 Photo: Yang Junopo for The Globe and Mail. Story from theglobeandmail.com:


"With that endowment, Mr. Yu became the first Chinese national to give more than $1-billion to charity, now having contributed almost $1.3-billion in cash and real estate to the Yu Pengnian Foundation...

“If my children are competent, they don’t need my money,” Mr. Yu explained. “If they’re not, leaving them a lot of money is only doing them harm.”

In a society where capitalism is just 30 years old, and charitable giving an even younger concept, Mr. Yu says one of his primary goals in making a show out of giving his money away was to set an example to other rich Chinese. “Everybody has a different view of money. Some do good things with it, some rich people do nothing with it. …My goal is to be a leader, a pioneer who encourages rich people, inside and outside of China, to do something charitable.”

I hope wealthy Cambodians are listening - especially to the part about giving your children lots of money.
Posted by Diana Saw at 3:02 pm