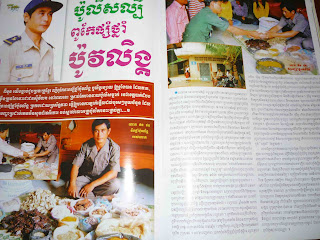 This story really made me laugh. This is a Cambodian police man who is famous for making traditional medicine for what Thyda calls "the linga", "Linga" being the Hindu word for "penis". Apparently his traditional herbal concoctions work so he is famous and has many clients. As a point of interest, Andy Brouwer has photos of Cambodia's largest linga, built in worship of Lord Shiva. The 4m long phallus is found in Phnom Bok, 25km north of Siem Reap. 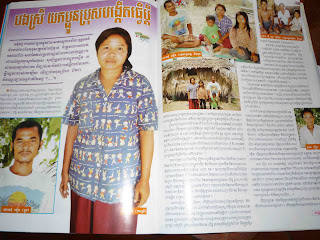 This story is about a brother and sister who had children together. The whole family and their house is pictured. The next photo tells the story of a young woman who claims she and her brother are the re-incarnation of a pair of star-crossed lovers. In one of their previous lives, the couple were lovers who killed themselves over their families' disapproval of their love (every culture seems to have a Romeo and Juliet). Before they committed suicide, they vowed to return as brother and sister, so they could be together. 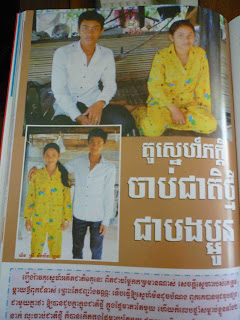 And this last photo shows readers how nursing mothers should express milk. It is funny, in almost every issue there is a story on breastfeeding... 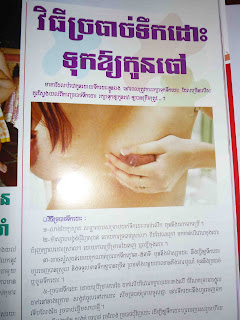