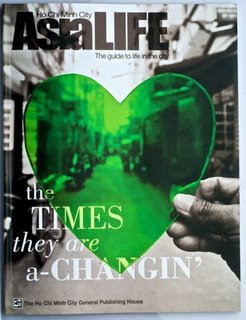 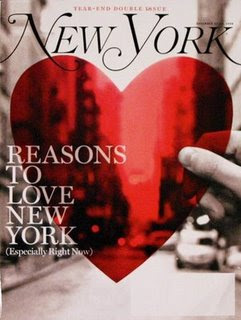 Ho ho ho! Who stole whose cover? According to the site linked above, it's New York magazine. But read the blog and you will find the managing editor of AsiaLIFE (Vietnam, which is separate to Cambodia's AsiaLIFE Guide) saying:

"the editorial staff actually has little to nothing to do with the design of the magazine." - "I will say that I did see the cover before we went to print, but neither Ginny nor Tom did, so again, your allegations about the New York editorial staff are patently inaccurate." - "If you’d like to call out AsiaLIFE for having inadequate checks and balances, you’d be well within your rights." - "but if you’re going to criticize a magazine for being lazy on design and creativity, I think you should hold yourself accountable for being lazy on fact-checking and in drawing conclusions."

What a weird comment. Is he saying New York magazine did *not* rip off their cover? Which means AsiaLIFE Ho Chih Minh ripped off NY mag's instead? Most confusing.

I suspect though, the original cover is New York magazine's. I am pretty sure the original heart would have been red. The green one is probably the rip off. Also, the tag line "Reasons to love" fits intuitively with the heart. Yup. I'm certain the original is the one from New York.
Posted by Diana Saw at 3:02 pm

Need to read the post carefully - for those with no stomach for wry wit and sarcastic satire - The AsiaLife cover is the rip-off.

Ha ha! Thanks for that! I'm one of those obtuse people...

If my quotes seemed confusing, it's because they were taken out of context by Mr. Everitt-Carlson. Unfortunately, he considers himself a bit of a watchdog, though he doesn't know enough about journalism to do a simple fact check before publishing allegations about other media professionals

You can find my rebuttal to David's shoddy reportage here: http://9khoursinsaigon.wordpress.com/2009/07/10/ed-lessons-beware-bloggers/