The community Riverkids works with 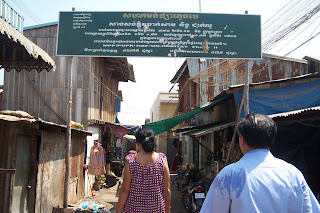 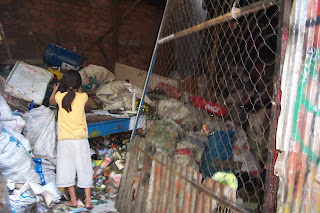 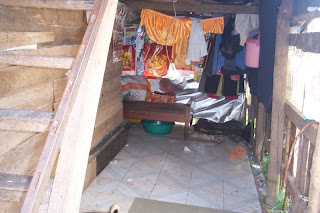 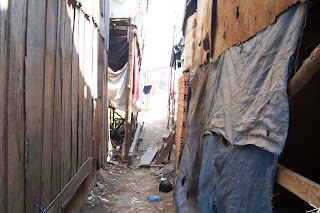 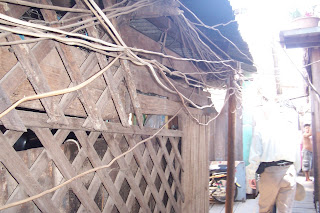 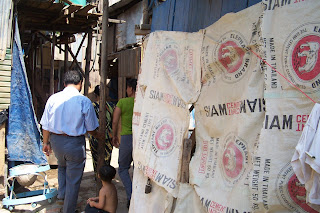 These photos were taken at the community not far from "speun Chrouy Changvar" (the Japanese Friendship Bridge). This is the group Riverkids (www.riverkidsproject.org) works with. RK is the anti-child trafficking NGO set up by my Singaporean friends and it provides education, skills training, food and even housing for children who live in this community. Most of the children collect rubbish which can be sold, such as aluminium cans and plastic bottles and cardboard boxes. Their parents are often messed up--staying at home to gamble or watch TV while making their children work.

It is very challenging for RK to work with the parents, some of whom forcibly drag their kids away from the classroom and to get them working on the streets. The parents also ask for money in exchange for letting their kids go to school. RK gives rice and other provisions instead of money, which has worked out well in most instances.

Many people in this slum also take drugs. Those adults who are also rubbish collectors leave their children on their own during the day, which makes them easy prey to bad people.

You can see the electrical wires which are strewn all over the place, a definite fire hazard. See also the walls of the huts, which are sometimes just cement bags or tarp.

Bloom recently took in an intern from RK who is training to sew bags with us. She has polio and a blind mother and an older brother who beats her. She is not unique in that regard--many in the community have multiple problems.
Posted by Diana Saw at 5:07 pm