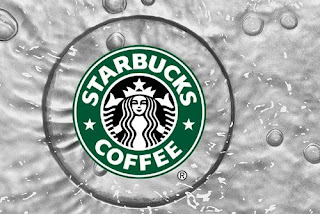 "British newspaper The Sun discovered last weekend that Starbucks has been wasting millions of liters of water every day by keeping a tap running non-stop at all of its 10,000 locations worldwide. The amount of water wasted is enough to provide daily water for the 2 million drought-stricken Namibians or to fill an Olympic pool every 83 minutes.

"Every single Starbucks store has a cold tap behind the counter for a sink called a ‘dipper well’ which is used for washing spoons and utensils, and staff are banned from turning the water off under the misguided notion that leaving the tap on stops germs from breeding in the taps."
Posted by Diana Saw at 5:22 pm