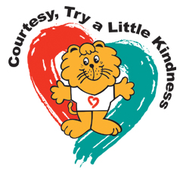 This is such a funny story. The Telegraph reports:

More than 500 staff at [Japan's] Keihin Electric Express Railway are expected to be subjected to daily face scans by "smile police" bosses. The "smile scan" software, developed by the Japanese company Omron, produces a sweeping analysis of a smile based on facial characteristics, from lip curves and eye movements to wrinkles....

"Workers at Keihin Electric Express Railway will receive a print out of their daily smile which they will be expected to keep with then throughout the day to inspire them to smile at all times, the report added.

You got to love Japanese technology. I once bought an Omron device in Singapore, a pedometer, or step counter, which was to help me ensure I got enough exercise - you're supposed to walk 10,000 steps to stay fit and healthy. I think I was quite fit back then. (Not anymore! I have become Cambodian that way - allergic to walking!)

Maybe they'll import the smile scanner to Singapore soon. I remember the "National Courtesy Campaign" launched in 1979 by Singapore's Ministry of Culture to get Singaporeans to be more polite. (The picture is of Singa, the courtesy lion, the campaign's mascot).

In secondary school, our choir participated in a nation-wide school contest on "courtesy songs". Actually maybe it was just the one song, and the contest was for which school could sing it best. The song we sang went like this: "Courtesy is for free, courtesy is for you and me..." And I've forgotten the rest. Hilarious. I am aware writing this makes Singapore sound communist. It reminds people of those slogans you see in Beijing and other parts of China exhorting people to love their country and be nice to each other etc etc.

For this, we have the Singapore Tourist Promotion Board (STPB) to thank for:

"Prime Minister Lee Kuan Yew’s had followed the courtesy campaigns by the STPB with ‘interest and amusement: interest because most people were responsive to the campaign; amusement because no one protested that it was absurd to teach Singaporeans to be polite to tourists’."

Lee Kuan Yew's comments led to the birth of the National Courtesy Campaign, an annual campaign that hoped to make Singaporeans courteous in 10 years. Ten years seems to be the magic number to turn people into good, moral beings--anyone reminded of Prime Minister Hun Sen's edict of a 10 year ban on 3G in 2006? "Maybe we can wait for another 10 years or so until we have done enough to strengthen the morality of our society," he said then (the edict has been overturned, thank goodness).

You may laugh but you've got to hand it to the Singapore government to think of such things. It seems they had realised that as Singapore became more densely populated, its people had to somehow learn to live together. The government even had a cyberspace courtesy campaign in 1998 as more Singaporeans went online, which Hong Kong's South China Morning Post gleefully reported.

To be honest, despite growing up with the courtesy campaign, I believe it had little effect on me and my friends. In 2001, the Singapore government subsumed the courtesy campaign under the "Singapore Kindness Movement" (they tried making us courteous and now they're trying to make us kind).

Still, I think it won't do any harm to have the same campaign in Cambodia. Maybe then service staff will smile more. Or maybe Cambodian companies should just buy the smile scanner. :)
Posted by Diana Saw at 1:19 pm