How to sell Cambodia to foreign investors 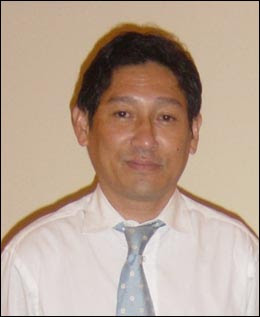 I just read this interesting interview in Asia Sentinel with Sok Chenda Sophea, Secretary-General of the Council for the Development of Cambodia (CDC).

The CDC is similar to Singapore's Economic Development Board (EDB). The objective of both is to attract foreign investors to the country. Singapore's EDB hires hundreds if not thousands of graduates. A friend of mine was deployed to Boston, where she had to make cold calls to companies in the US city, many of which had no idea what Singapore was, let alone anything about the city-state's industries. You can imagine how hard the CDC's job is.

But Mr Sok is confident about Cambodia's charms:

Roger Mitton: How do you "sell" Cambodia to investors?

Sok: I tell them to look around. Not only do we provide excellent fiscal incentives, but we are the only place in the region that allows total foreign ownership. Here, they can they run a 100 percent foreign-owned bank, insurance company, telecoms company, even a newspaper. It is amazing. You cannot do that in Thailand, Malaysia, Vietnam, even Singapore – don't mention that place. We are quite unique. Also, I tell them, yes, as a businessman, you can go to London or Tokyo with your wife or your girlfriend, but what can you do? Most sectors there – energy, transport, construction, they are all covered. They don't need you. But here, there are so many untouched sectors, so many opportunities. And it is easy to set up here.

Mitton: You've been quite critical of the international donors.

Sok: Well, personally, I, Sok Chenda, do not agree with some of their programmes. They have their agenda, but do they really think about the needs of the Cambodian people? In my opinion, only if you create jobs so that people make money, will you reduce poverty. It will take time, but it's the only way. So I tell them: Gentlemen, save all the money you spend on your programs for social development, human rights, democracy, whatever. Let's get to the point and don't blah blah. [Ho Ho Ho!]

I mean, consider their attitude to the Special Economic Zones. They ask: Where are they located? I tell them: Well, they're not in the middle of Central Park in New York, if that's what you think. They're far outside Phnom Penh, in the remote provinces, near our borders with Vietnam and Thailand. There, they'll create jobs that will keep villagers near their homes and help them get more qualifications. Then, because there's a shortage of skilled labour, businesses will go there and we will prevent the classic urban migration problems of prostitution, drugs, crime and so on. In this way, I told the donors, you will save the money you would spend trying to fix these problems. Perhaps I am being a bit simplistic, but perhaps I am right.

[At one time I considered moving our bag operations into the provinces for two reasons: provide jobs and the belief that costs would be lower. But they are not, when you take into account the cost of transporting materials to the province and then transporting the finished goods back to the cities to be sent overseas. Also electricity costs are higher in the provinces and supply is probably unreliable to boot. Many foreigners assume Cambodia is a cheap place for manufacturing until they learn about such costs. The good news is the government is aware of these things. Says Sok: "You look around and the first place you cross out is Cambodia because the price of energy is too high. To remedy this, we are buying a lot of electricity from Vietnam. What else can we do?"]

"And when I say this, I am not accusing anyone, I am just speculating. Because in this region, if you look at transparency, Singapore is always number one. But Singapore has policemen and jails for a reason – because they also have people who are corrupt and who cheat the tax department. So they are not all angels in Singapore."

"Lee Kuan Yew. He never tolerates criticism. I just tell you because Singapore is a piece of stone, a piece of rock. It's not a country, it's a city state."

I suppose being called a rock or stone is a step up from being called a booger, LOL. In 2004, Taiwan's Foreign Minister Chen Tan-sun said of Singapore: "Even a country the size of a booger brazenly criticized Taiwan and former president Lee Teng-hui in the United Nations." He was incensed at Singapore Foreign Minister George Yeo's speech at the UN General Assembly which warned that an independence drive in Taiwan would lead to war with China.
Posted by Diana Saw at 4:42 pm