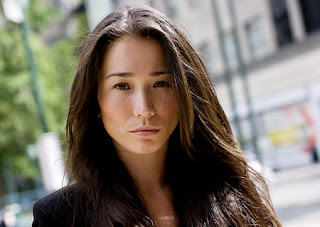 This is blogger Rosemary Port, who ran an anonymous blog calling model Liskula Cohen (below) a "ho" and a "skank". (Photos and story from NY Daily News). 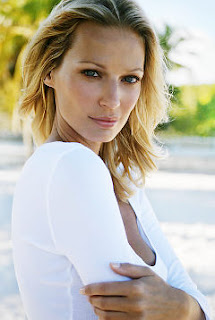 Cohen sued to have Google (which owns blogger) release the identity of the anonymous blogger in order to pursue a defamation suit. New York state supreme court judge, Joan Madden ruled in Cohen's favour and Port was outed. Now the 29-year-old Fashion Institute of Technology student plans to file a $15 million federal lawsuit against Google.

Of course there are many instances when anonymity is important to blogging, like when you write in country ruled by a repressive regime. How else would we find out what was really happening in Burma, Tibet or Iran? But why should the law protect someone who anonymously goes after another? We're not talking about a one-off insult. This woman had an entire blog dedicated to slamming another person. In my view the judge did the right thing.