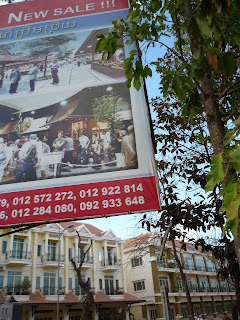 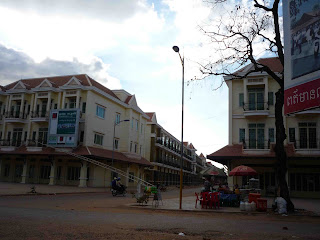 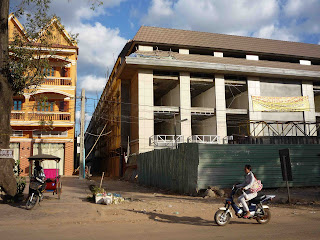 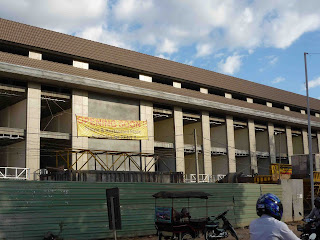 These photos were taken a month ago, the day I cycled to New Hope Centre.

These two development projects are along to way to Angkor Wat and if you look closely, you will see rows and rows of Cambodian style terrace houses, also known as shop houses, since you can have a shop downstairs while you live upstairs (in Khmer they are called "p'tyair l'wairng" or "long houses").

There are even more along the way, and I was told last month that they were going for USD600 a month, where earlier in 2008, they would have fetched more than a grand.

When I was looking to rent a house in Siem Reap in late 2007, 3-bedroom houses were going for around USD400. Yesterday someone told me of a 5 bedroom house going for USD200, which is about right, as analysts estimate the local property market has plunged 40 percent to 50 percent since it peaked in mid-2008.
Posted by Diana Saw at 1:31 pm