No culture? Make your own! 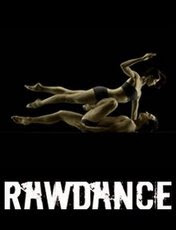 I just met a couple of dancers from Rawdance who came into the shop. Rawdance is a US dance company founded in 2004 and the two dancers arrived in Cambodia from Singapore, where they had performed for the annual M1 Singapore Fringe Festival.

The team headed to Singapore for the premiere of Fallout: "An exploration of the dissolution of the nuclear family as envisioned by 1950's McCarthyism, and our current struggles to redefine family ties in today's tense and sensationalist political climate. Complete with white picket fence, a battle of the oven mitts, and full bottle of vodka."

It sounds so interesting, I wish I was there. One of the things I miss are cultural events, especially if they are about politics. There are very few cultural events in Siem Reap, although it is getting better. One performance I enjoyed was by a Ghanaian dance troupe sometime last year, held at Abacus restaurant. Then there was the Angkor photography exhibition.

This reminds me of the time I met a Frenchman in a small tea shop in Pokhara in Nepal (if you haven't been, you must! Pokhara is beautiful and another place I want to live). He was married to a Tibetan woman and had lived in Pokhara for a decade where he earned a living as a paragliding instructor.

The Frenchman was fashioning a musical instrument out of a plastic pail, a piece of rope, and a wooden broom handle (turn the pail upside down for the base, and the broom handle holds up the rope, which is the string to pluck--just like a cello!). He said, "There is no culture here, so we make it." I was so impressed with his creativity. Although I cannot remember how he made different sounds by plucking the string, I do remember he succeeded.

I forgot to get their names but the Raw dancers from San Francisco said that while Singapore was very organised (it was the only place where everything worked on time and worked well, they said), they felt uneasy, like outsiders. Mainly it was because of the city's consumer culture.

They were not surprised when I told them about Singaporeans' obsession with the 5 Cs: Cash, Credit card, Condominium, Car, Country club membership. One of them said as dancers, they live at the bottom of the money pile, and have had to struggle to pay rent etc as they do what they love, instead of simply pursuing money.

But there are Singaporeans like them, albeit very few. I used to know a Singaporean woman, a friend of a friend, who gave up a lucrative law career to work behind the scenes in theatre. I used to know people like her when I was in university, as some of my friends were arty types.

In 1994, my friend Khim and I volunteered to do the PR for two performances by this Singapore company The Toy Factory (at that time it was known as tfte, which stood for the Toy Factory Theatre Ensemble). One was called Qfwfq by an Italian author, Italo Calvino. It was a bizarre dance performance and I didn't get it. But it didn't matter. I had a lot of fun hanging out with the dancers, all bilingual in Mandarin and English, and so passionate and committed to their art.
Posted by Diana Saw at 11:05 am