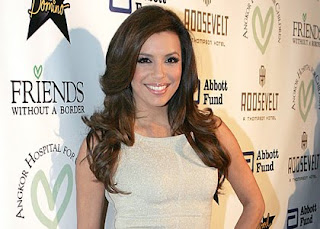 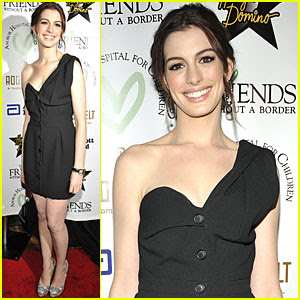 Check out Anne Hathaway and Eva Longoria Parker two of the stars who attended a gala dinner for the benefit of Cambodia's Friends without a Border. The dinner was held on Dec 10, International Human Rights Day, at the Hollywood Roosevelt Hotel. They were joined by Ali Larter, Diane Kruger, Kate Hudson and many others.

Friends without a Border was founded by Japanese photographer Kenro Izu and funds The Angkor Hospital for Children located in Siem Reap.

"15 years ago, I traveled to Cambodia to photograph Angkor Wat for my next project. Very unexpectedly, helplessly, painfully, I watched a child slip away, because there was no medical treatment available. And, her death was preventable. How do you go back to the life you know after that? Our event will take place December 10th, which is also International Human Rights Day. Whether you support our hospital or another charity, we need to make sure that all our children have a future," Izu said in a press release.

These were the prices for the gala dinner and there was also an auction of Khmer artifacts etc.


Hats off to Kenro Izu and his team. Talk about great fundraising. It can hardly get bigger than Hollywood (except maybe royalty?). I really hope Izu raised a lot of money for his project.

I also wish more people would know about and support the Bopha Angkor Hospital in Siem Reap founded by a Swiss doctor, Dr Beat Richner.

I was very touched watching a documentary directed by Australian Janine Hosking, Dr Beat and The Passive Genocide of Children", excerpted in this youtube video. It tells of one man's fight to save Cambodia's children. You can read more about Dr Beat here. For his work, he was named "Swiss of the year" in 2003.
Posted by Diana Saw at 12:46 pm