My tuk-tuk driver in Siem Reap 3 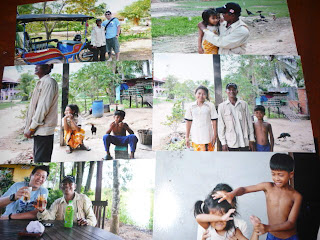 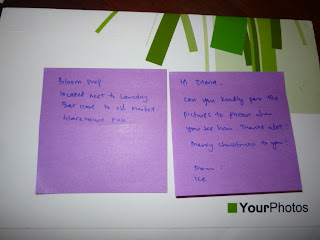 I've written about Phoen my tuk tuk driver many times and I wish I could do more to help him. This is where he and his family (wife and 4 kids) live. Since that post, a few people have emailed me wanting to hire him as their tuk tuk driver. Phoen is super honest and is a lovely, lovely old man, always on time and helping me out whenever he can. I've known him almost 2 years now and we use him exclusively. I remember writing about old people in Cambodia when I first arrived in this country, about how it breaks my heart to see these old people struggling to eke out a living, after what they've been through, with the war and all. It's a hard life for many Cambodians.

These photos of Phoen and his family were taken by Ice, a lady from Singapore, who contacted me because she would like to hire his tuk tuk for the few days in September when she would holiday in Siem Reap. She sent me an email when she got back to Singapore to thank me for recommending him. This was part of what she wrote:


"He is a very careful driver and he always took the initative to look for us whenever we came out from the temples. Unlike the driver that we hired off the street at Phnom Penh who was hiding in one corner when we visited the Russian Market. It took us 5 to 10 mins to look for him in the rain despite the fact that we had agreed on the waiting time and location."


Recently, Phoen's son fell sick and he borrowed US$200 from a neighbour to pay for the son's medical bills. Medicine can be ridiculously expensive in this country because quacks or even real doctors often try to gouge their patients. I was in Singapore when this happened and when I returned last month, Phoen told me he may have to sell his tuk tuk in order to pay back the money. The interest on the US$200 was US$5 a month.

I decided to lend him US$100. I am careful about lending money because I think I will not see it again. Also, I am careful because I need to think about setting a precedent, as I have other people who work with me. I don't want Ms X to say "Why you lend money to Ms Y and not me?" or "Why you lend Ms Y more money than you lend me?" which was potentially the case when one of the women needed to borrow money to replace the gold stolen at the workshop.

With Phoen the idea is to deduct what he owes me from each trip I take. But of course I feel bad because if he is ferrying me, he is unable to make extra money ferrying a paying customer. So I only use his tuk tuk when he is free.

If you are reading this and coming to Siem Reap for a visit, do drop me a note if you'd like to employ Phoen. In case you are thinking: I don't get any commission! I'm just doing this because I like the guy and would like to help him as much as I can.

Hi Diana-
I'm a friend of John Weeks who directed me to your blog. My husband and I are heading to Siem Reap at end of Jan/early Feb and would love to hire our driver. Our plans are still in the silly putty stage at this point...
Warmly,
Michelle

Hey there Michelle, do let me know when your plans are firmed up. thanks so much for helping Phoen! best, diana

Dear Diana,
Phoen was great... He helped us in so many ways! We stayed in Siem Reap an extra day as we were having such a wonderful time and were able to visit both your shop and your night market stall... the new UHT wallets are brilliant!
Thanks again for adding so much to our experience of Siem Reap by suggesting Phoen.
Suzanne

thanks suzanne! so happy to have finally met you in siem reap. keep in touch! cheers diana