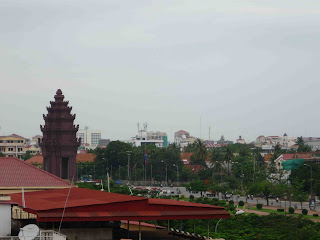 Why am I not surprised...I've met people who have described the place as "a dump", a "shithole" etc etc. However it is not for its pollution or rubbish or cramped streets packed with motorbikes that earned PP the distinction. NatGeo says it is because of "government indifference". That's why we moved from Phnom Penh to Siem Reap after a year and a half, although I think Siem Reap will soon be on the list. Lack of regulation means hotels, guesthouses, restaurants etc are sprouting up everywhere and anywhere.

Number one on the NatGeo survey is Central City, Colorado. I've never been, only to the Grand Canyon in Arizona which is a gorge carved by the Colorado River. It seems casinos have moved in and changed the character of Central City (I'm curious to see how casinos will change Singapore's character when they open next year)

While we are on the topic, I wonder where Dubai stands...
Posted by Diana Saw at 12:17 pm