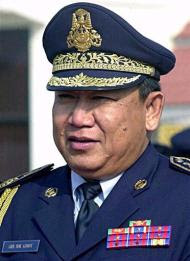 You can read the obituary by The Guardian newapaper, never one to mince words.
Posted by Diana Saw at 2:08 pm