The Merlion in Cambodia 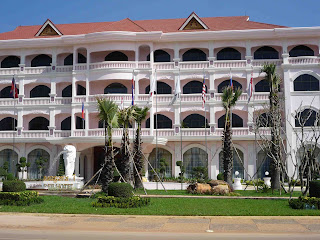 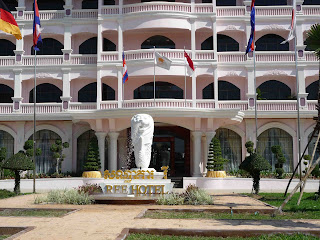 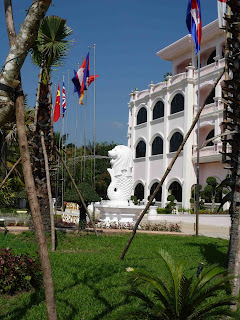 I was amazed to see The Merlion in Siem Reap. The Merlion is an imaginary creature with the head of a lion and the body of a fish. It is a symbol for Singapore (original name Singapura — meaning "lion city" in Sanskrit and Malay). It was designed as an emblem for the Singapore Tourism Board (STB ) in 1964. You can find out more about the Merlion here: Visit Singapore.

The Merlion outside Siem Reap's new Ree Hotel looks exactly like the one in Singapore. It even spouts water! A quick bit of Googling and I found out why...the four-star hotel is owned by Singapore's 3T Investment Holding Co Ltd, reports The Phnom Penh Post. It was formerly known as the Preah Khan Hotel and the Post reports that "At one stage the [4 year old, 140 room] hotel was advertised for sale for $US16.2 million, and an agent said this was due to 'financial difficulties'."

And this is what the original Merlion looks like, in its home at One Fullerton, by the Singapore River. 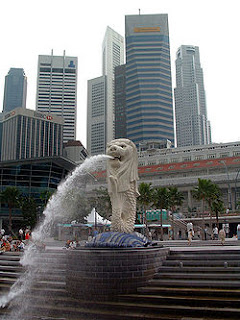 Photo from Wikipedia.
Posted by Diana Saw at 7:54 pm