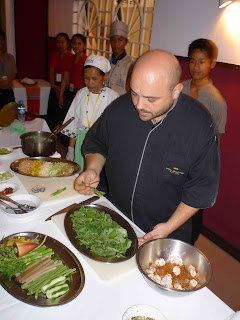 I had the privilege of attending a cooking class held by Joannes Riviere, who is the executive chef of the five-star Hotel de la Paix here in Siem Reap. The cooking class was held specially for the launch of a new book on Cambodian cooking, of which Joannes is the author. The 96 page, hardcover, book is called "Cambodian Cooking" and is published by Singapore-based Periplus Editions. 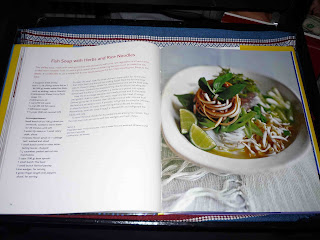 Joannes first came to Cambodia in 2002 to work at the Sala Bai cookery training school. The cookbook is actually the English version of a French one ‘La cuisine du Cambodge avec les aprentis de Sala Bai' which Joannes wrote while he was with the school back then. I was very impressed to learn about Sala Bai. The school trains young people from all over the country, equipping them with skills relevant to the hospitality industry, in the hopes they will be able to get well-paying jobs in touristy Siem Reap. In the six years Sala Bai has been in operation, they have trained 505 students, and another 100 have just started the course in September this year. It costs Sala Bai USD8 a day to train one young person and the school sells the cookbooks for USD33 each, which means your purchase will actually pay for 4 days of training for one young Cambodian. 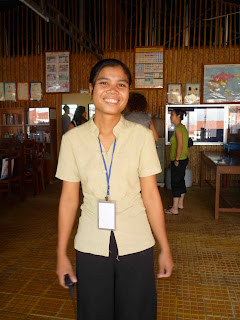 The teenagers all come from families who earn USD25 or less a month. I spoke with Unn Sorey, 20 [pictured] who is from Bantey Manchey province and a recent graduate of the receptionist course. Sorey has 2 sisters and 2 brothers and her parents are farmers. She told me only 100 students are selected every year from 500 applicants. They have to sit for a written test which tests them on their English, Khmer and Maths and she felt lucky she was selected. She will soon be starting French lessons at the school and she hopes to be a good receptionist at a nice hotel. Given that 100 per cent of the students are employed within three months of graduation, many by five-star hotels, Sorey will have a good chance! Graduates at Sala Bai usually earn USD50 a month, but with tips, they make an average of USD70 a month. 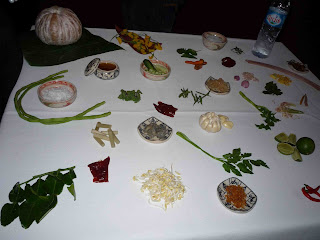 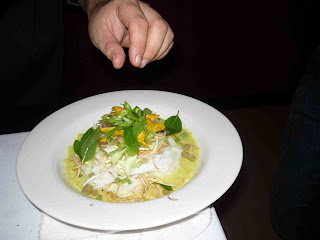 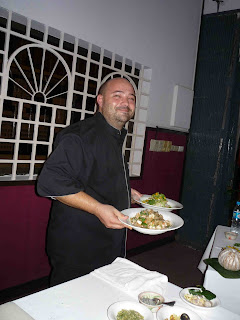 The chef and his creations! Joannes has the smiliest eyes! :) He is such a good person, I want to make sure many, many people hear about Sala Bai and the good work the team does there.
Posted by Diana Saw at 1:48 pm